To those who search for it more than for hidden treasure? A major stroke some few years ago deprived her of speech by partially paralyzing her throat and facial muscles. Age, frailty, and arthritis have done the rest. Her niece, her only family and only marginally connected to the parish, has asked me to see her. That was many years ago.

Preparing for Death – A Guide for Caregivers

She has great difficulty swallowing because of the paralysis. She drools continually. Her tongue lolls to one side, some portion of it always outside her mouth. She has no teeth; they were removed after the stroke to aid her swallowing. She is embarrassed by her appearance and holds a tissue to her lower face, hiding, absorbing the saliva.

Talking About Death Won't Kill You: The Essential Guide to End-of-Life Conversations

She communicates with an occasional grunt, all she can manage vocally, and laboriously writes responses and questions in a large, childish hand on an oversized note pad. Her eyesight is poor. She writes blind, huge looping letters in a long scrawl. I have to ask her to write it again, and once more, frustrated with myself that I cannot read it the first time and must ask a second and a third time. Her mind is active, inquisitive. She has numerous talking books for the blind about her room.

Some, I note, are very recent titles.


Bone marrow was no longer making red or white blood cells, not even platelets. The marrow was only churning out cancer cells. In a process similar to churning butter, his blood was thickening with homogenous, malicious content: cancer. And like churning butter, it was exhausting work.

The battered remnants of his healthy self were beaten down by chemo. And yet, every fiber pressed on.

He was so very tired. You could see it in his eyes.

At the same time, you could see his love. His love for life was front and center. His love for sweetness crystalized on his tongue in the taste of sun-soaked strawberries. His love for satisfaction could be heard in the snapping sound of a puzzle piece set in place. His love for the simple, soothing smells of lavender emanating from a medicine ball was cherished, as was the fact that he could still hold a ball in his hands. He loved life down to the core, as only an eight-year-old can, and he was doing everything he could to stay alive. Death was easy to detect.

It was right under our eyes, sending the simplest of signals. No appetite. Breathing strained. Cold hands and feet, meaning compromised blood flow. Ankles swollen. Standing up was becoming nearly impossible. His body was shutting down.

But it was his temperature that told us the landslide of disease was accelerating and about to swallow us whole. Doctors and nurses clustered outside of his hospital room. The cluster grew.

The murmurs increased. My concern intensified. We had spent enough time at the hospital to know when a situation was escalating. I was not surprised when I was quietly summoned out of the room. As the sliding door closed behind me, I found myself in the center of the humming cluster. Bustling, shuffling chaos encircled me. The attending oncologist, at the center of the group, was serious and quiet. I had quarterbacked nearly two years of his cancer treatment.

I knew every player and every play. He had an all-star team from the start. I fought furiously to get him on a supposedly life-saving immunotherapy trial, in which his own immune cells were reprogrammed to attack and destroy cancer cells. Now, we were waiting and watching, at the edge of our seats and hospital bed, for them to work their magic. CAR Ts for the win! The ball had been fumbled, we were out of plays, and time was up.

There was one person who would be more shocked than me. Choking back tears, I took a deep breath, held onto that gulp of air and went back into the room to sit next to my imminently dying child. What do you say to a dying person? A few weeks earlier, on another Monday afternoon, I was lying in bed with my son. It was back before his body hurt too much to be touched.

Job who long for death that does not come, and search for it like hidden treasure,

Back when I could still curl up in his hospital bed with him. Of course he knew. He knew everything I did was for him. Our beloveds know we love them. We say it. They see it. They know. 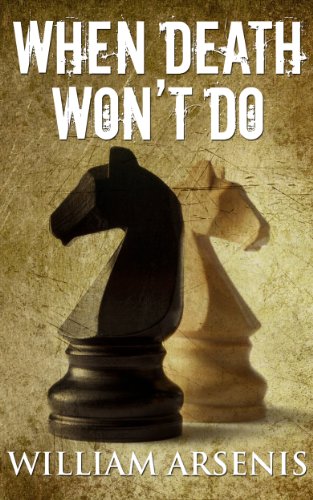 So, what more can we say? What words can we give them when there is nothing left but words?